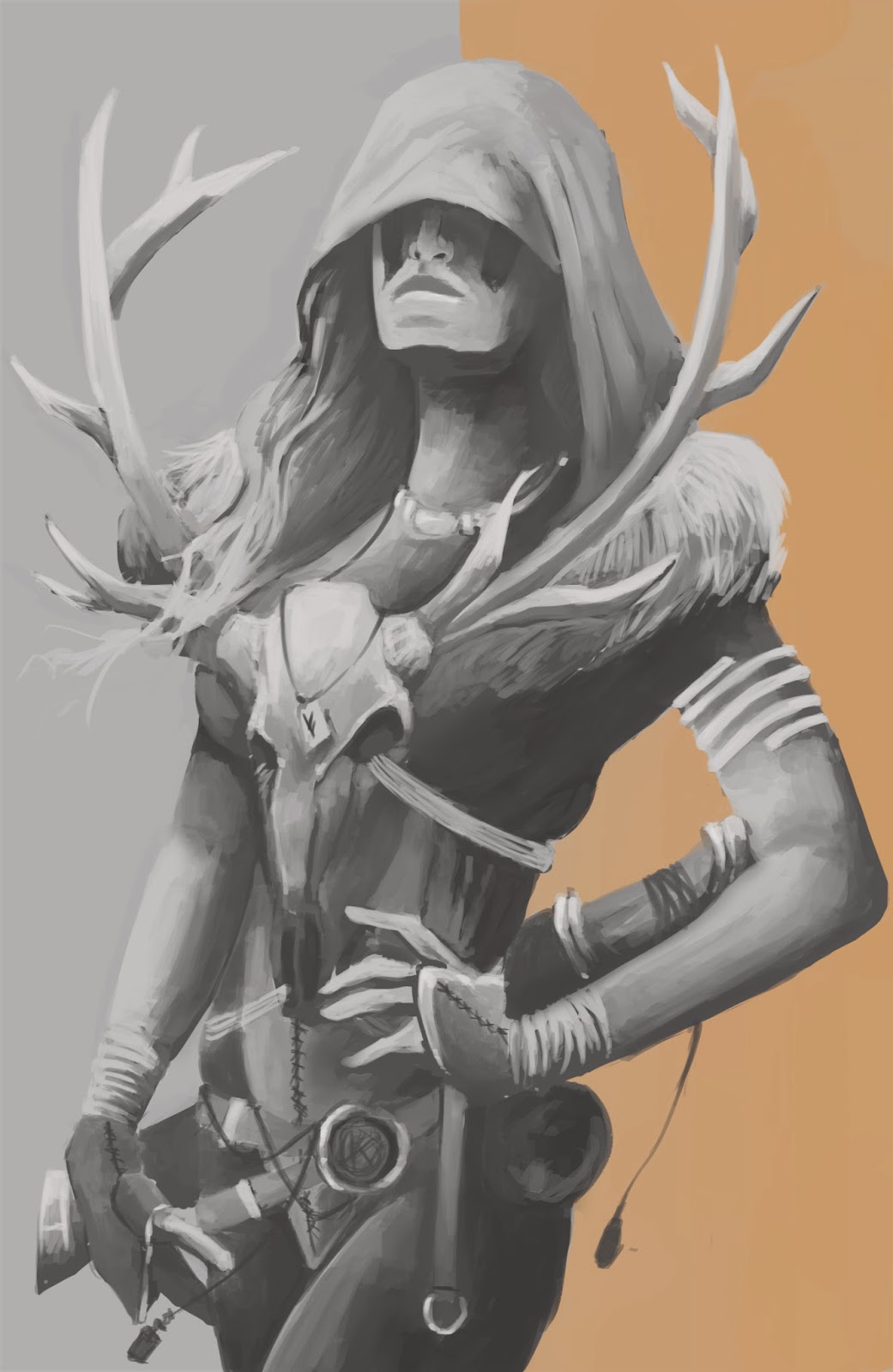 So I took my line art from yesterday and fleshed it out a little bit. I was playing around with not concentrating on rendering the painting to the nth degree and leaving some areas looking vague or barely painted at all. it definitely sped up my painting speed as I managed to get this done in about three to four hours, which is roughly how long it took me to just do the line art on the priest concept! Going to play around with this style a little more in the future! The character herself is going to be some sort of huntress or clan leader for my elf race, plenty more back story to flesh out though. Till next time.