Getting Back On That Horse 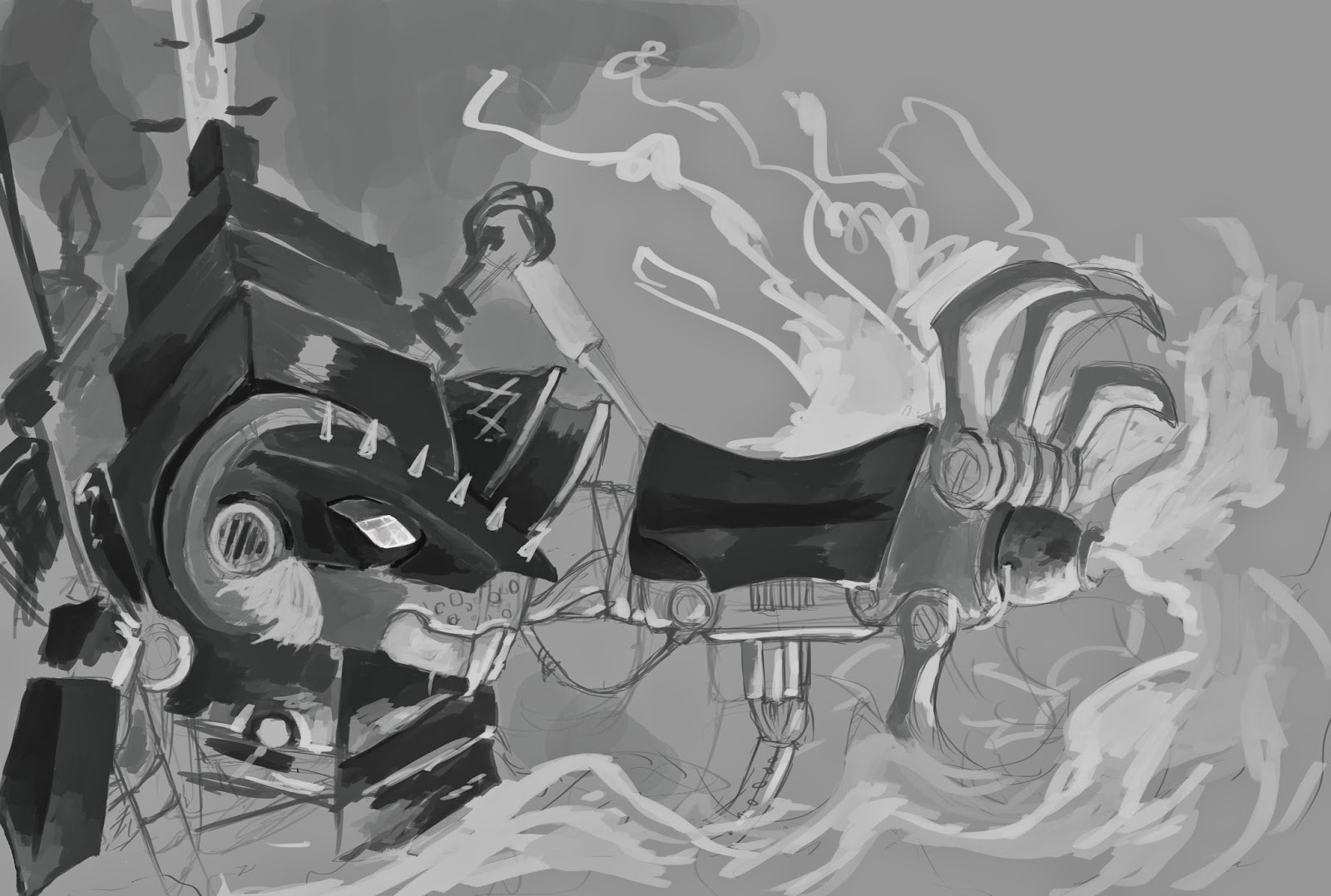 You might of noticed I haven't uploaded in a while and it's not due to lazyness or lack of ideas or even just plain older artists block, it's just sometimes I struggle to to "get back on the horse" as such. Above is the first time I have gone back into Photoshop for a good few weeks, it's obviously only in it's early stages and uploading it up here has made me notice a lot of things that need fixing. The point of this update though is that sometimes I just get scared of going back into painting/drawing, I end up putting it off and off until it becomes weeks before I go back and start painting, as soon as I put pen to digital paper though I feel like I am putting on a old pair of slippers, it's weird! I wondered if any of you guys have little quirks like this?? would be really interested to know?? Till next time, hopefully next time shant be as long this time.