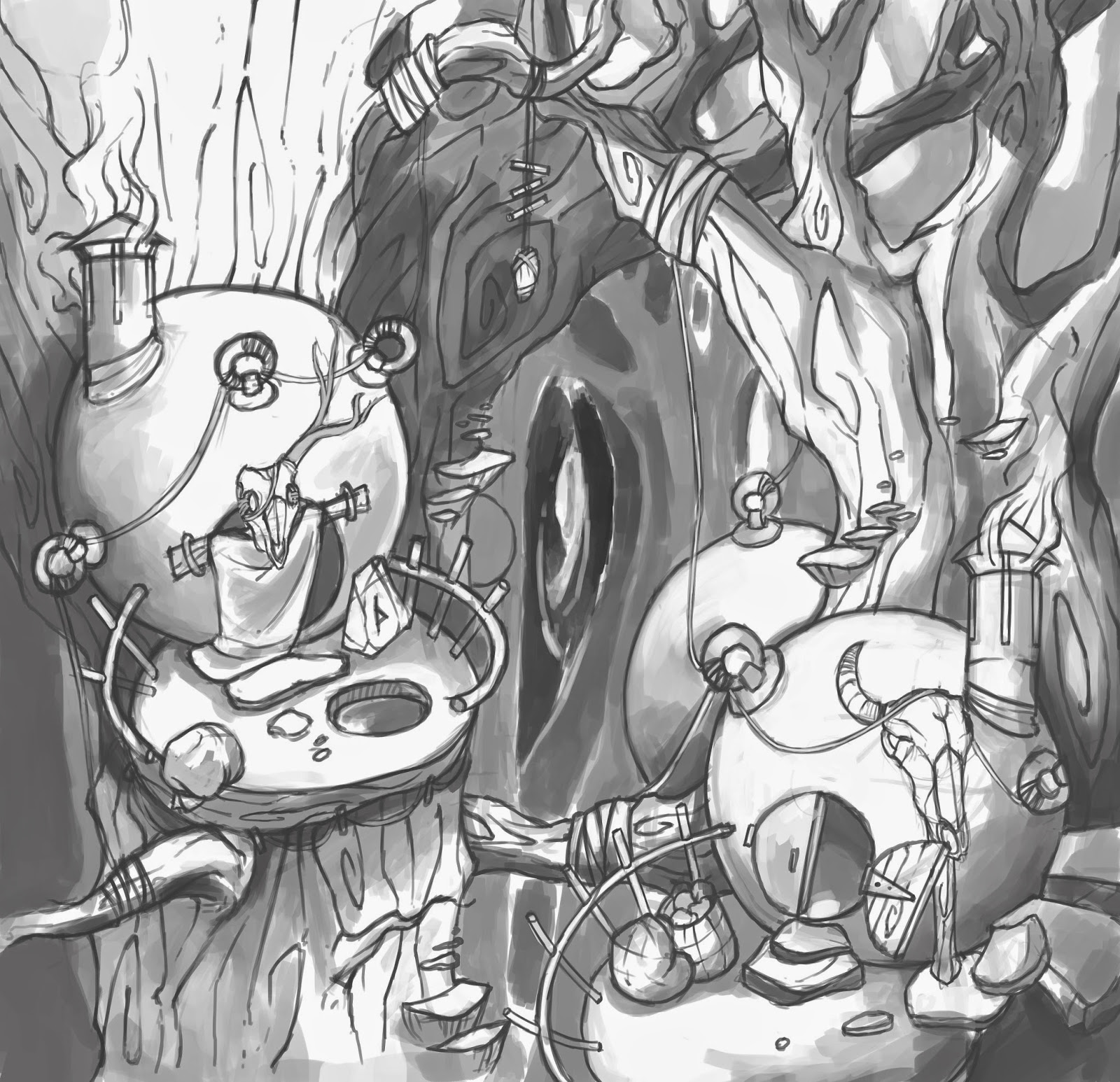 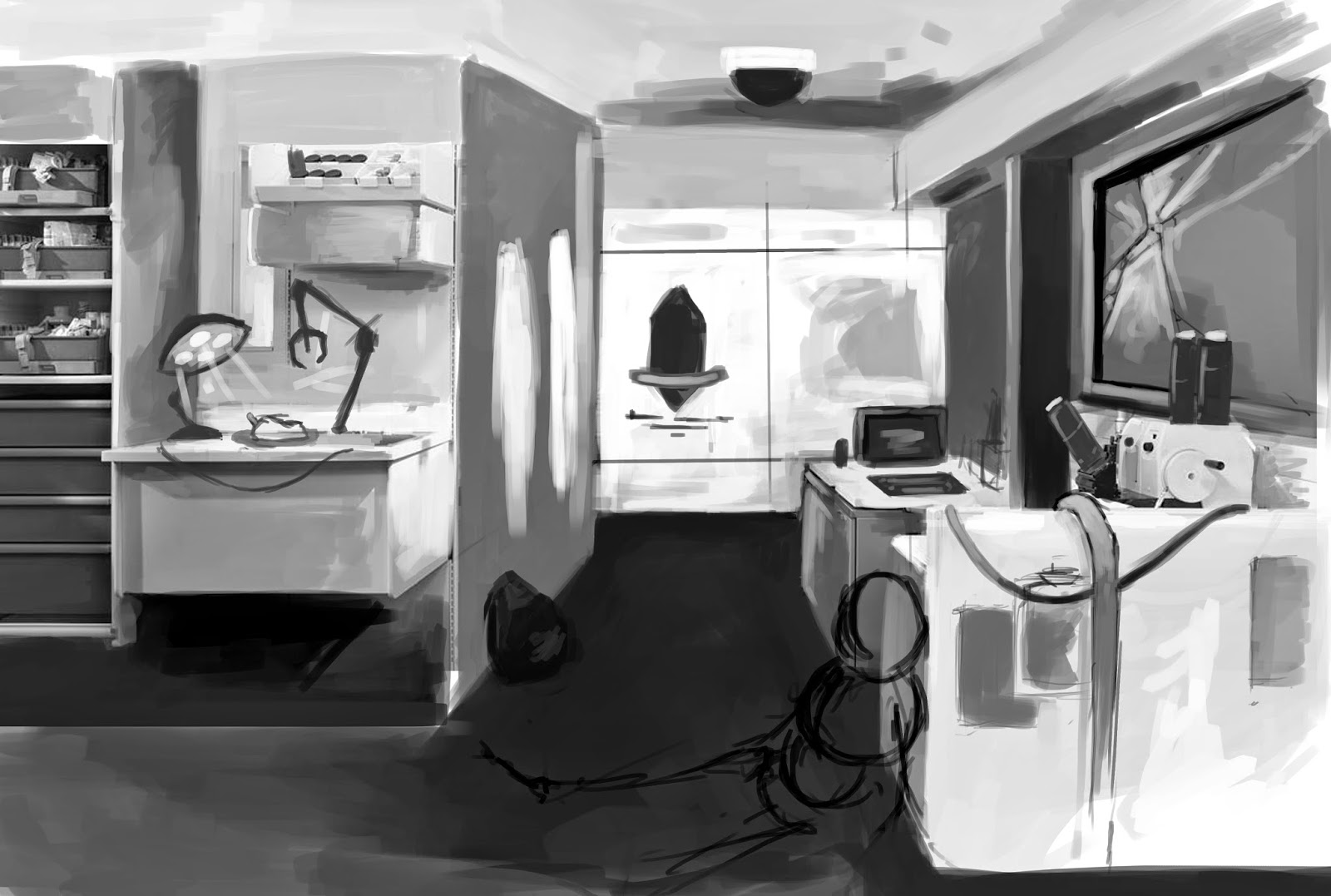 As you may or may not know, I don't cope too well with environments, I don't know if it's the scale of them, having to manage so much in one scene or something entirely different but in the main I have been avoiding them. Well no more!
The first image was started as a line art doodle to establish how the elves would live in my honours project, I just ended up adding more and more until it evolved into what you can see above. I wanted to have a very fairy-tale look to this piece, so I had the houses round and soft so as to not look threatening and the swirly way I approached the tree bark. The shading is all applied it's just a case of rendering it out, so that it resembles something more akin to the other pieces of concept art I have done for my honours.
The second concept is a much more straight forward way to designing environments, with me making sure it was structured correctly. They're both still in the W.I.P stage but I thought I would show you guys that I am always trying to grow and improve as an artist, colours are the next big hurdle! "gulp".
I also have some character art nearly finished but you will have to wait for that ;) Till next time! ﻿