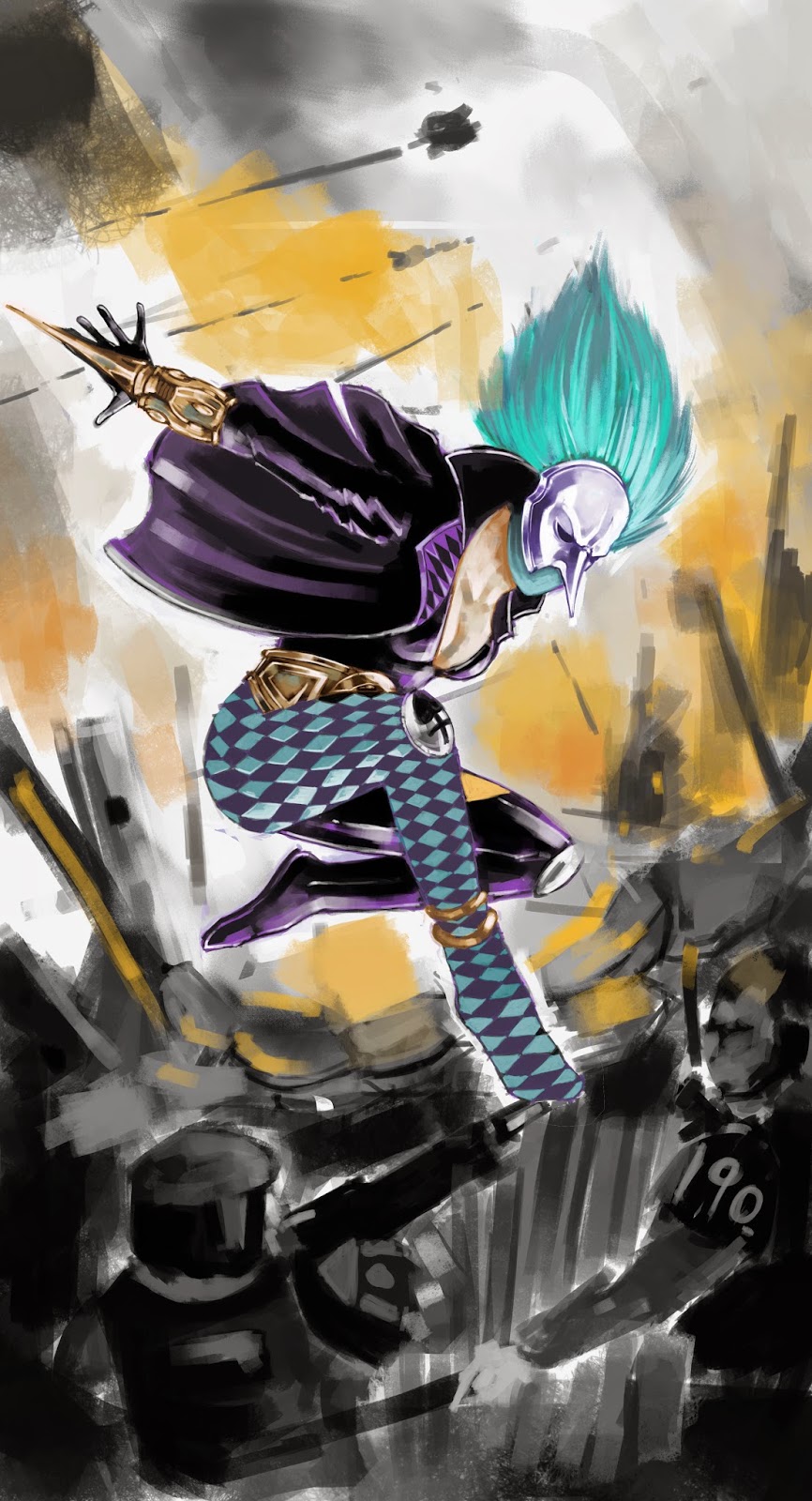 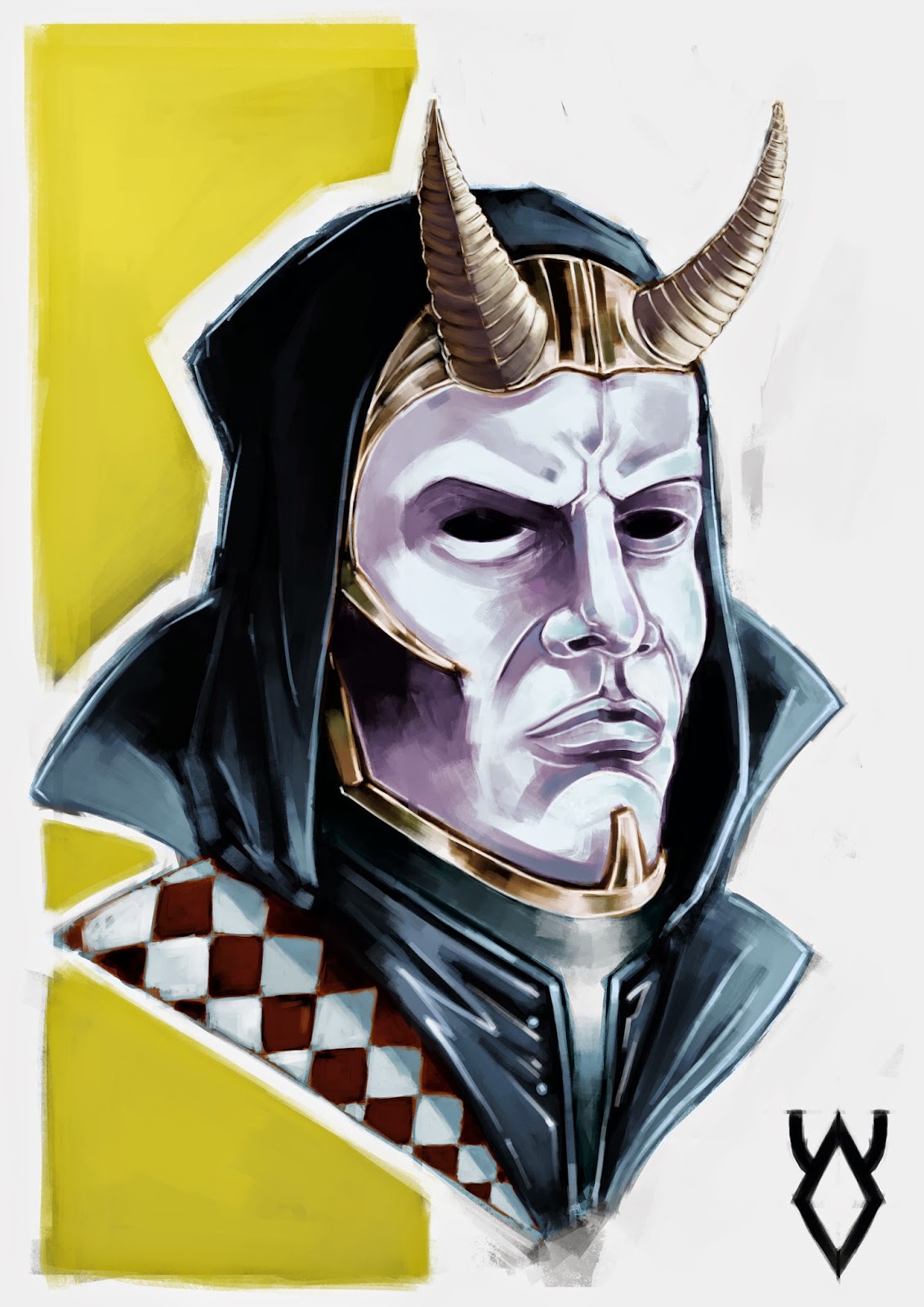 So I should probably be doing university work but I couldn't resist doing some fan art after picking up the harlequin codex last week, the background for the solitaire really grabbed me when I read through it so I couldn't resist doing a painting of one, he was also a test to see how well I could use gradient maps to colour my greyscale paintings, I think it turned out pretty well and it looks a lot nicer than my old method of colouring.
The second picture is another attempt at trying something new, which is to try and have a painting that tells a story, instead of just being a flat character piece or an environment, its still a work in progress though as I'm not happy with the poor guardsmen the harlequin is about to jump onto. Till next time. ﻿
﻿