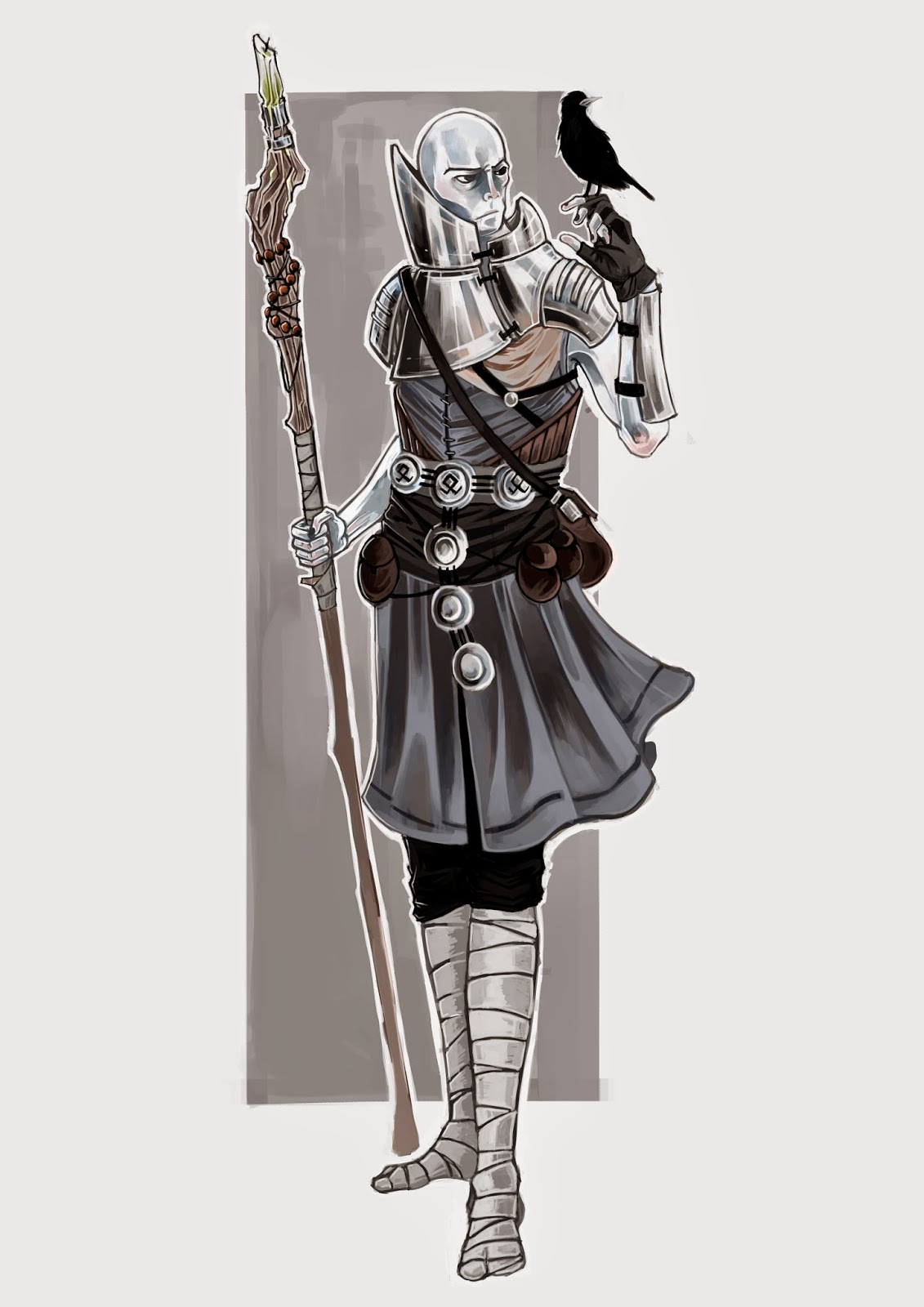 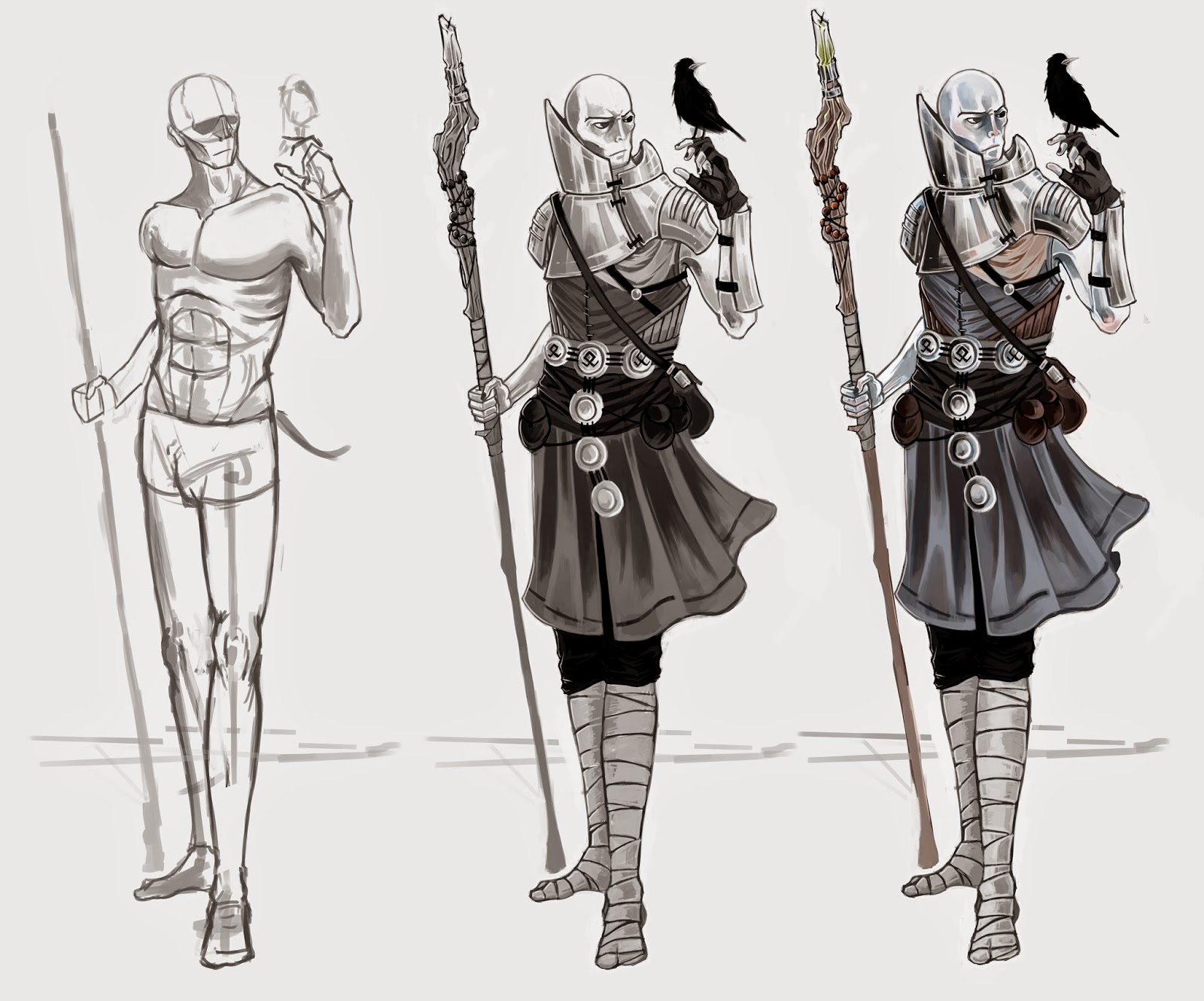 So it's been a while and I do apologise but I have been a very busy bee lately! ﻿
The guy above is one such thing that's been keeping me busy. He is a finished "Children Of Odin" acolyte, these mystical seers keep watch over the ravens and commune with the Gods or so they would have there people believe, in all reality they are little more that noble men taking advantage of the current situation.
Design wise I wanted something a lot more civilised looking than the designs I have been creating for my elves, less bone and fur, more silks and armour. With the armour I still didn't want to have them overly armoured because that's going to be the main feature of the nord race, so I wanted to create something more visually appealing, maybe less about defence and more a show of position. You might also notice that I have actually put some colour on this piece! I felt like the black and white wasn't doing the character justice and in all honesty, I was getting a bit bored painting in greyscale, I hope you guys like him and I will try and get a new update sooner rather than later. Till next time.
Posted by Unknown at 12:29