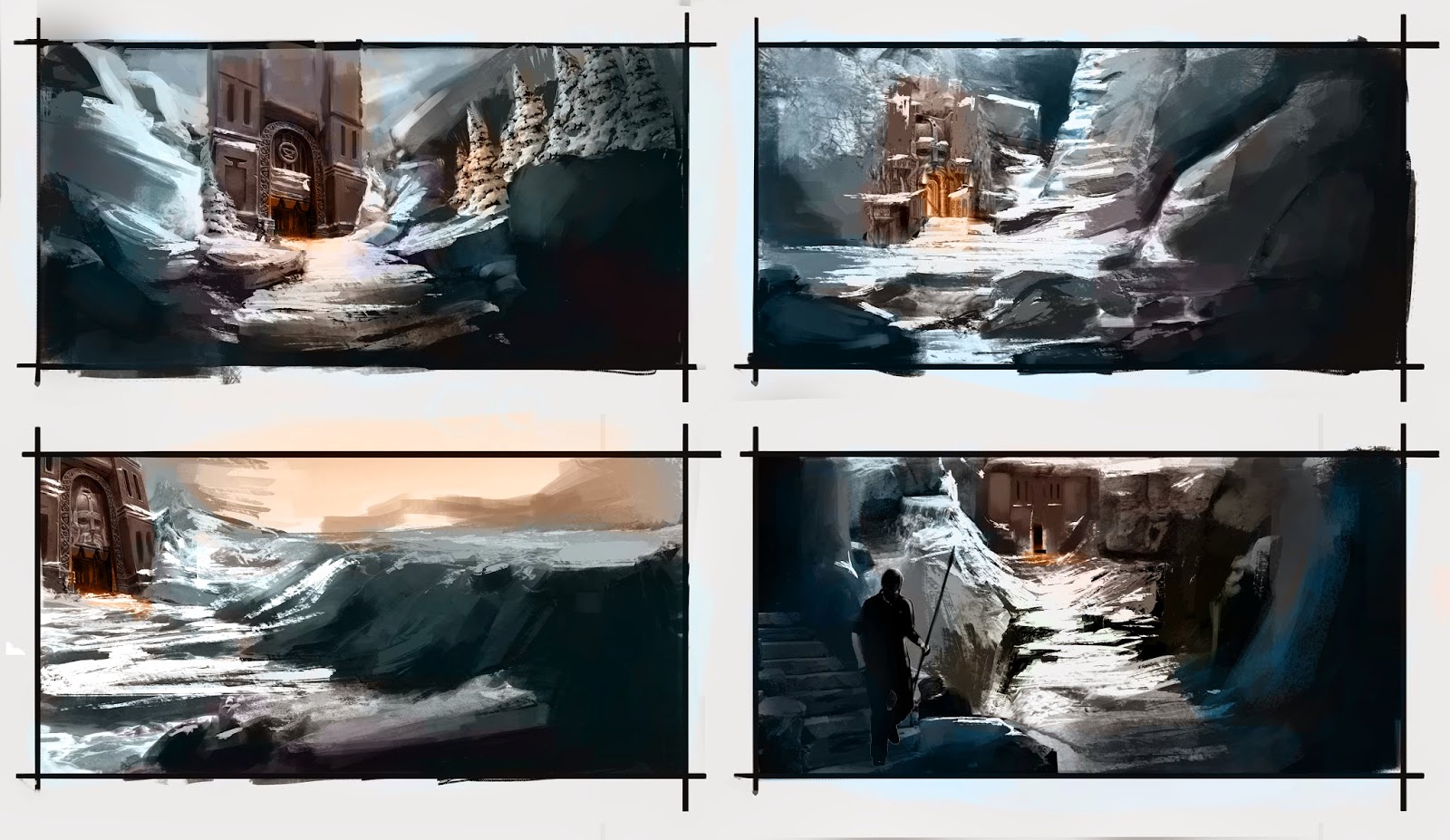 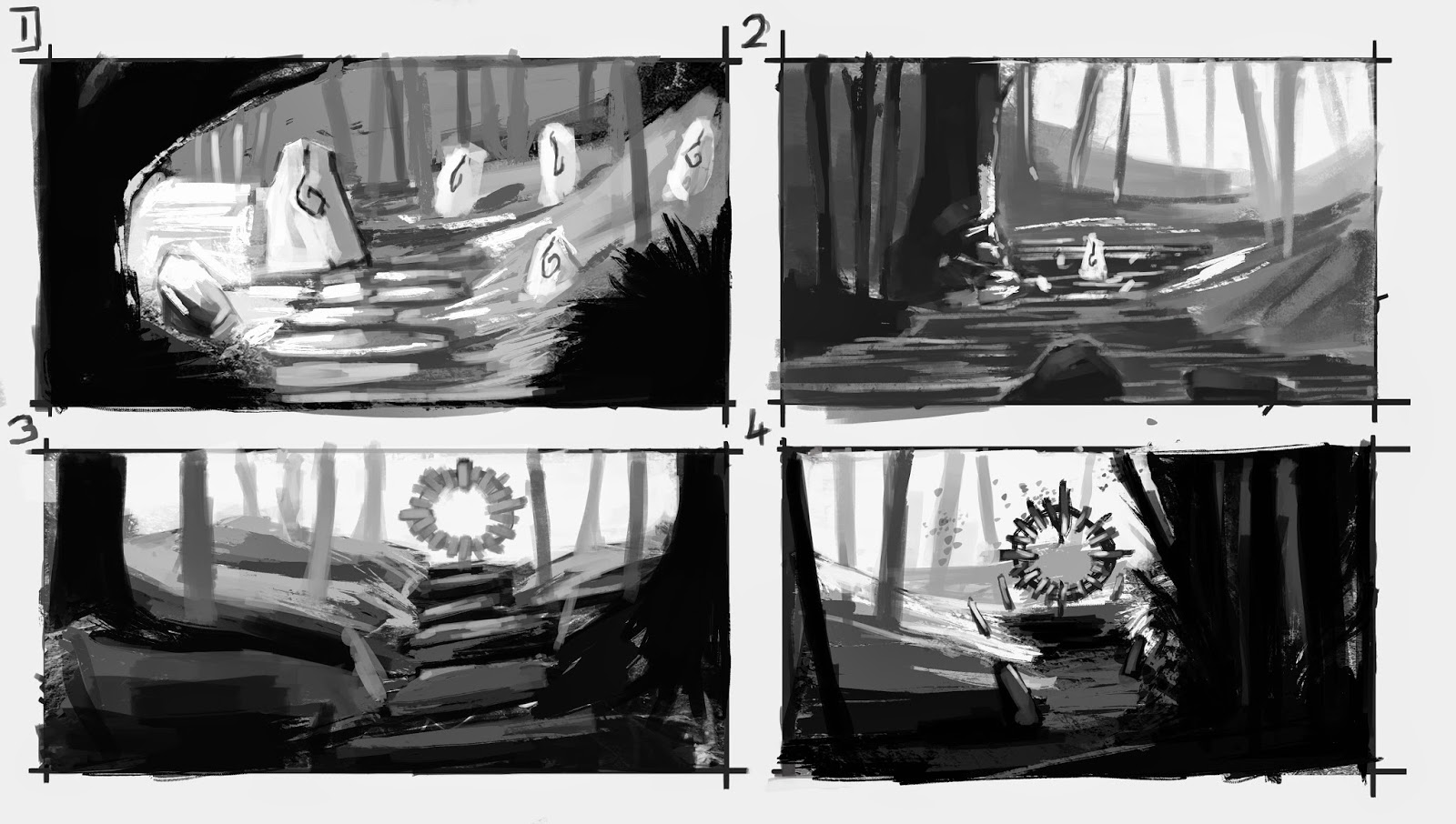 If you've ever frequented this blog then you probably know I have a little bit of an aversion to environments, well recently I've been tackling that problem head on! The first thing I've been focussing on has been composition, as without it your painting can lack focus, after some great feedback from a university friend, I realised that lighting can be used to really push were you want the viewer to look, combine that with the usual character design tricks of using high contrast areas and high detail areas you begin to be able to move the viewer around your painting much more effectively.
Above are a bunch of thumbnails for two new environments, "The anomaly" and "The frost gates", the anomaly is actually much further along now but I can't be spoiling you guys too much now can I?? till next time! ﻿