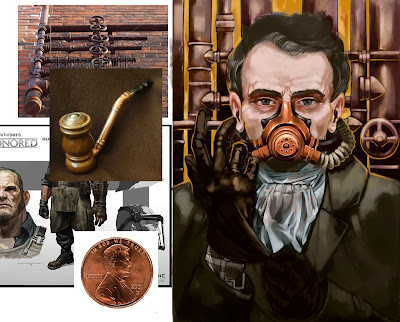 So.....erm....it's been a while but I have new work to show you and this should be the first post of me getting back to blogging! So why the absence I hear you cry?! Honestly it's been a combination of a few things, art burn out, job hunting and uncertainty in myself, it just got to a stage where I had no confidence or motivation to pick up my graphics tablet. Then Dave Rapozza came along!
I recently bought his bog witch tutorial on gumroad and it really opened my eyes, he talks a lot about how he got to the stage he is at (super awesome amazing artist stage that is). A lot of what he was saying I could really relate to, I began to feel that motivation coming back. I also bought Dave Luvisi's tutorial on creating an IP on gumroad and he said something that really stuck. "While you're not working on your craft, someone out there is and they are getting better than you".
So I did some doodling and came up with some fun little steampunk style characters you can see below, oh and a Barely Alive character doodle. A few of these I really liked but had no idea what to do with them, so going back to the Dave Rapozza tutorial I decided to take one and incorporate it into a portrait. Working on the things that I struggle with, such as; backgrounds, eyes and texture. It's been tough with the above piece coming up to about ten hours work now but I'm really pleased with how it's turning out, I hope you guys like it and I promise to blog more often than I have been recently. Till next time! 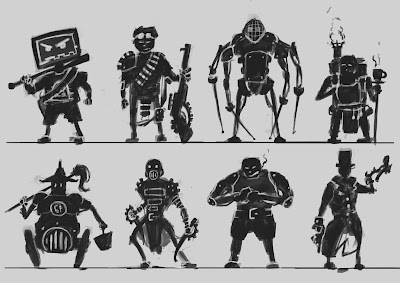